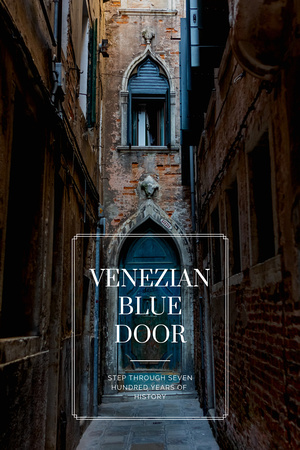 Venice is a city unlike any other, anyone will tell you. There are almost no words to describe its unique splendor. I've dreamed of it's intricate, winding alleys and roadways of water for as long as I can remember. To say my visit was a dream come true is not enough. No justice. I only hope these images capture the feeling of walking among 700 year old buildings, paintings the size of an entire room, and a way of life that is constantly adjusting to the maddening pace of our world. Discover the Venezian Blue Door.

As we left the Santa Lucia train station and boarded a Vaporreto bound for the Rialto station on the Grand Canal, I was nearly breathless at the beauty before me. I simply adored the doorways that were on the thresholds of the canals. There's something about the beautiful preserved decay that fascinates me. 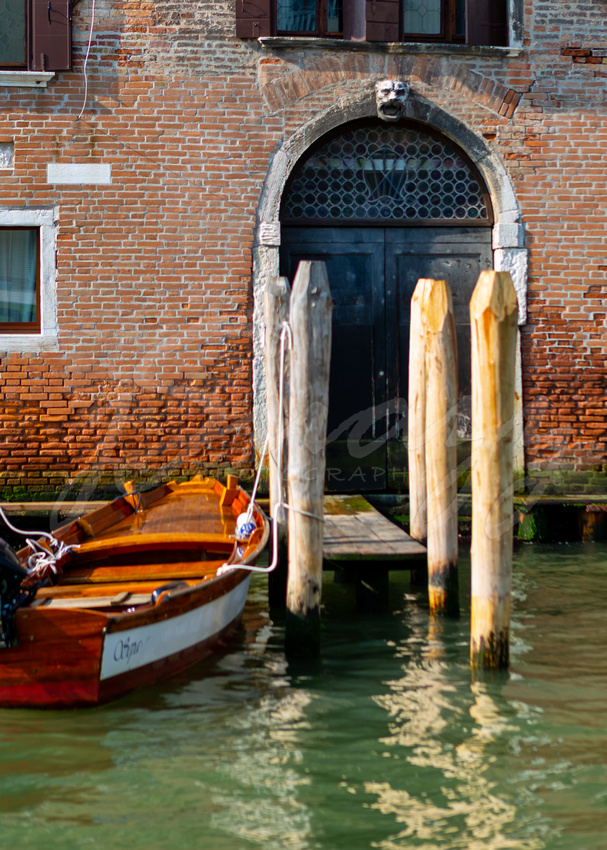 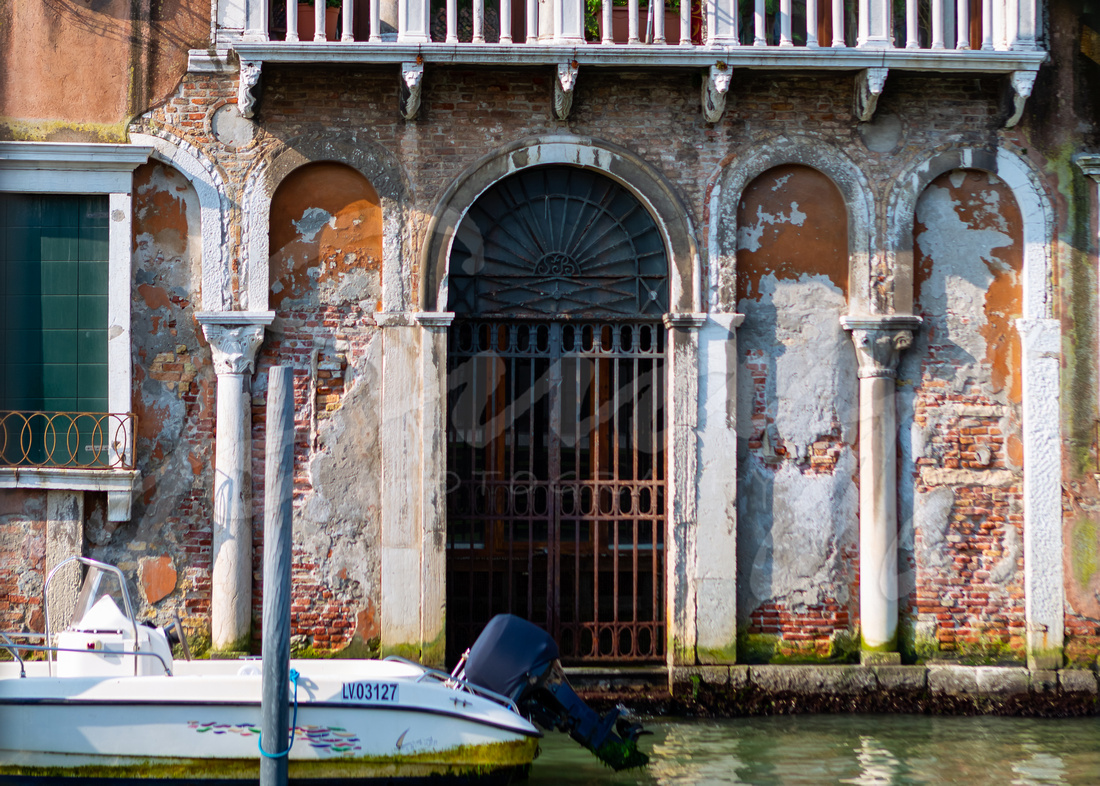 This Venezian Blue Door is on the front of the Chiesa di San Stae, just steps from the Grand Canal. 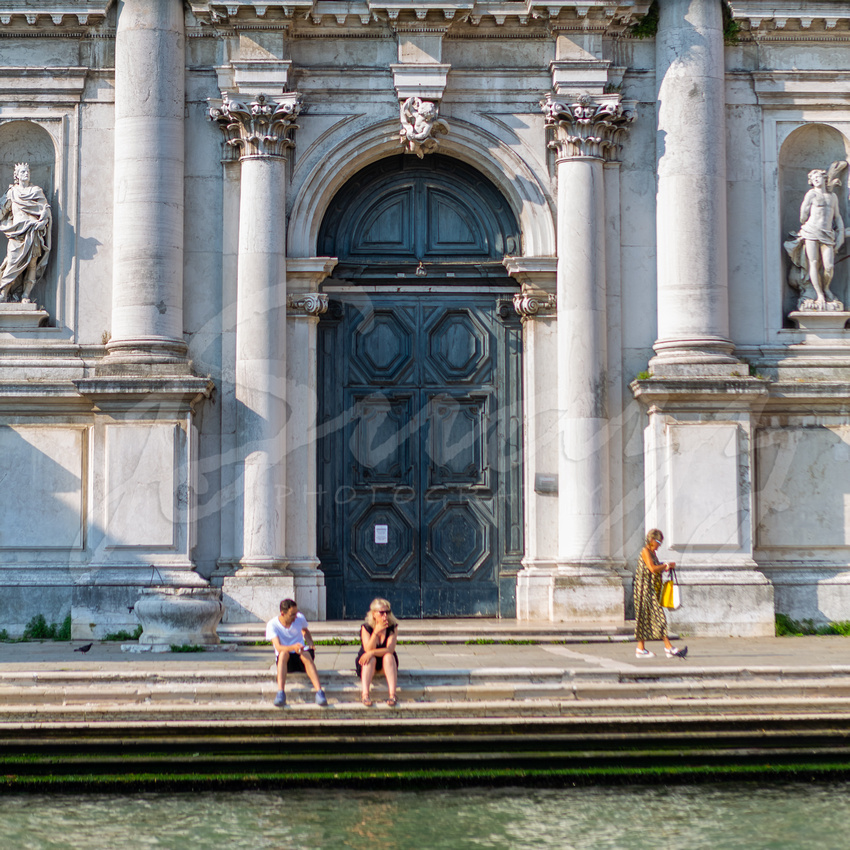 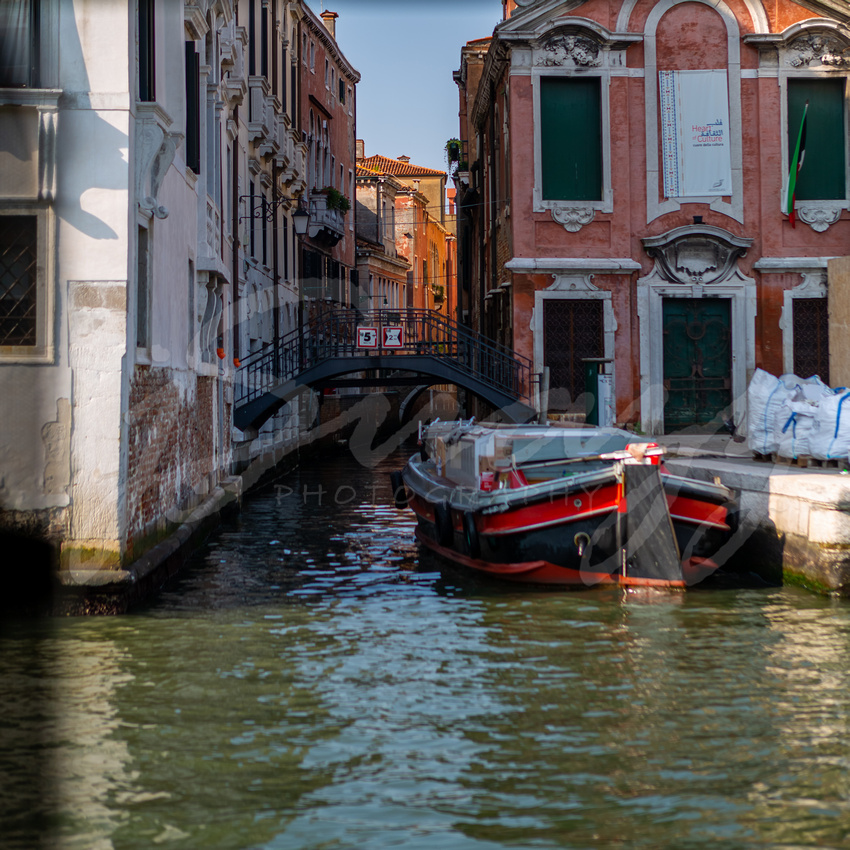 Unlike many, many infinitely more intelligent travelers before us, our plan for the legendary city was only a loose framework at best. In fact, the Rialto station was a terrible place to disembark with our luggage...we days later found a much closer station to our lodgings in the southern part of the San Marco district. But never mind that. Our fearless leader hired a porter and cart to navigate the narrow, winding passages and endless foot bridges to our final destination. I personally couldn't be happier at our predicament. I was in Venezia, the city of my dreams. A wandering, romantic artist with camera in hand. 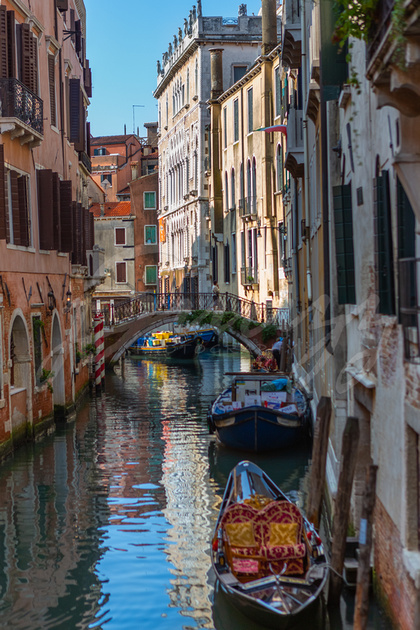 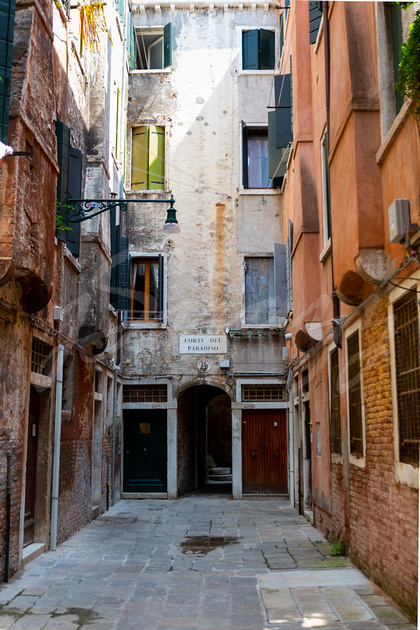 I spent the next few days of the sultry, blazing summer aimlessly exploring the Castello district. Starting on the Ruga Guiffa and heading north(ish), I peered into every alley and around every corner. Each sight was more beautiful than the last. 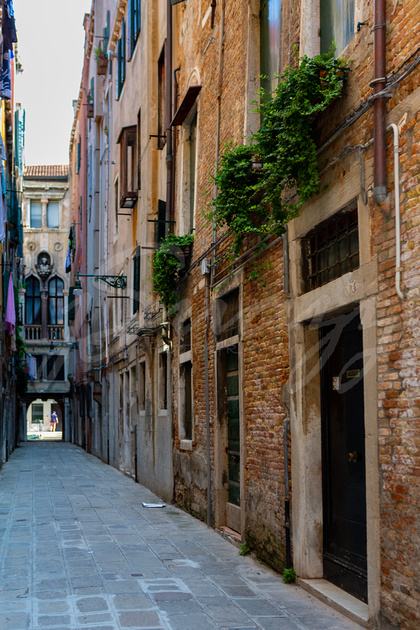 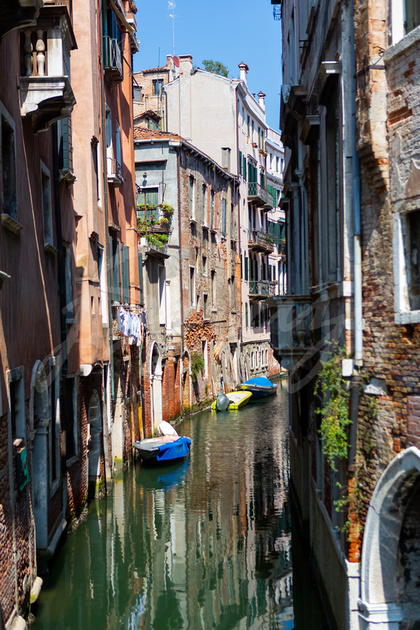 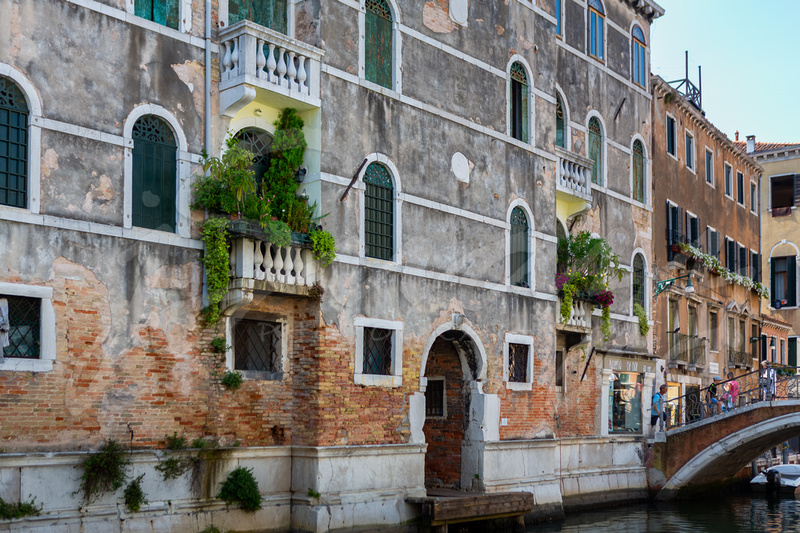 Yet another intriguing Venezian Blue Door surprised me at the end of a narrow alley near our flat. It's called la porta Blu, just off the Ruga Guiffa, and even has its own spot on Google Maps. Obviously the scene of many past Venezian Carnival photo opps, I appreciated its quiet beauty, simply resting in the shade from a blistering afternoon. 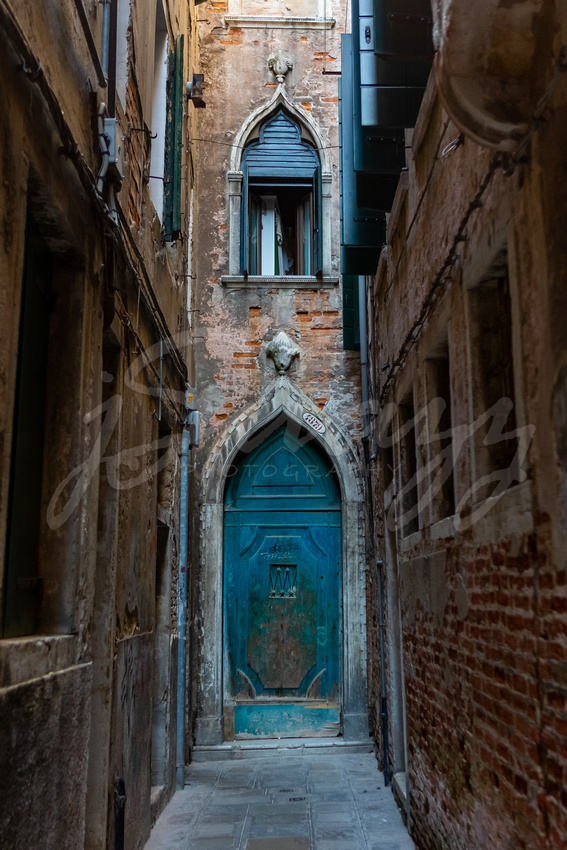 Somehow, magically, we stumbled upon the Chiesa di San Zaccaria and stood in marvel at the 500 year old works of Giovanni Bellini, Tintoretto, and Andrea del Castagno. The sheer scale of these immense, detailed artworks imbues the patron with an immediate sense of calm reverence. 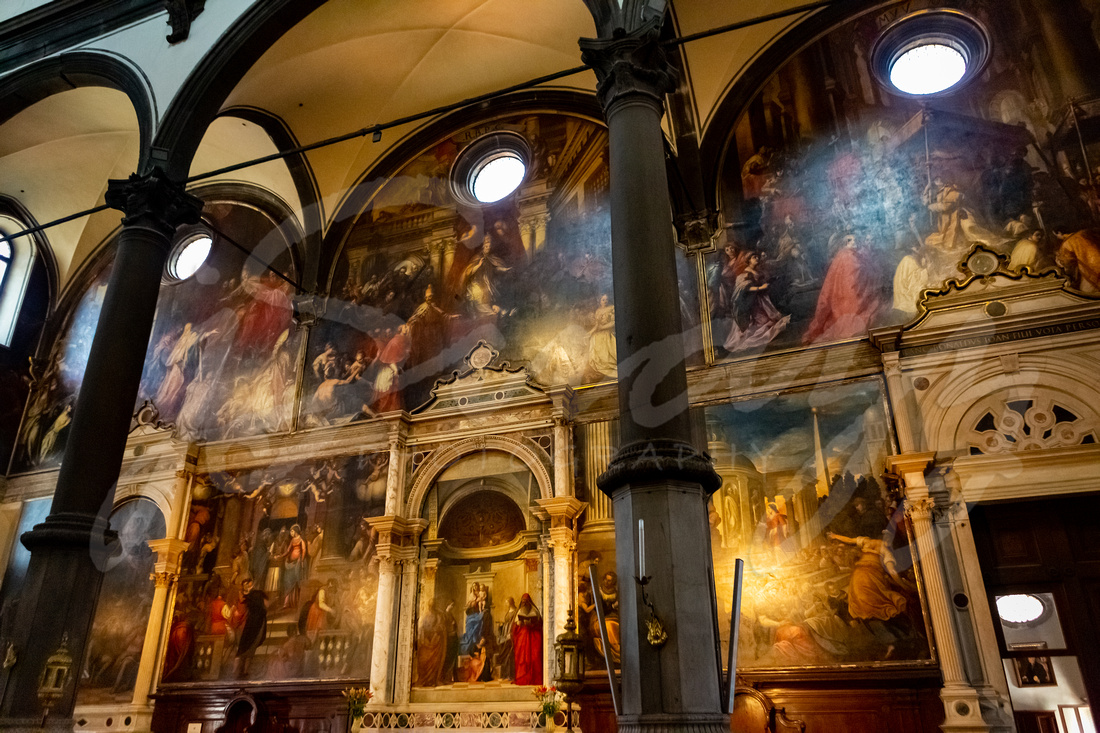 Stopping for a light lunch and a break from the heat at the Osteria Da Bacca, we tucked up into a corner booth and speculated about the storied histories of the pictures hanging on the wall and dreamily wondered at who might have sat here before us. 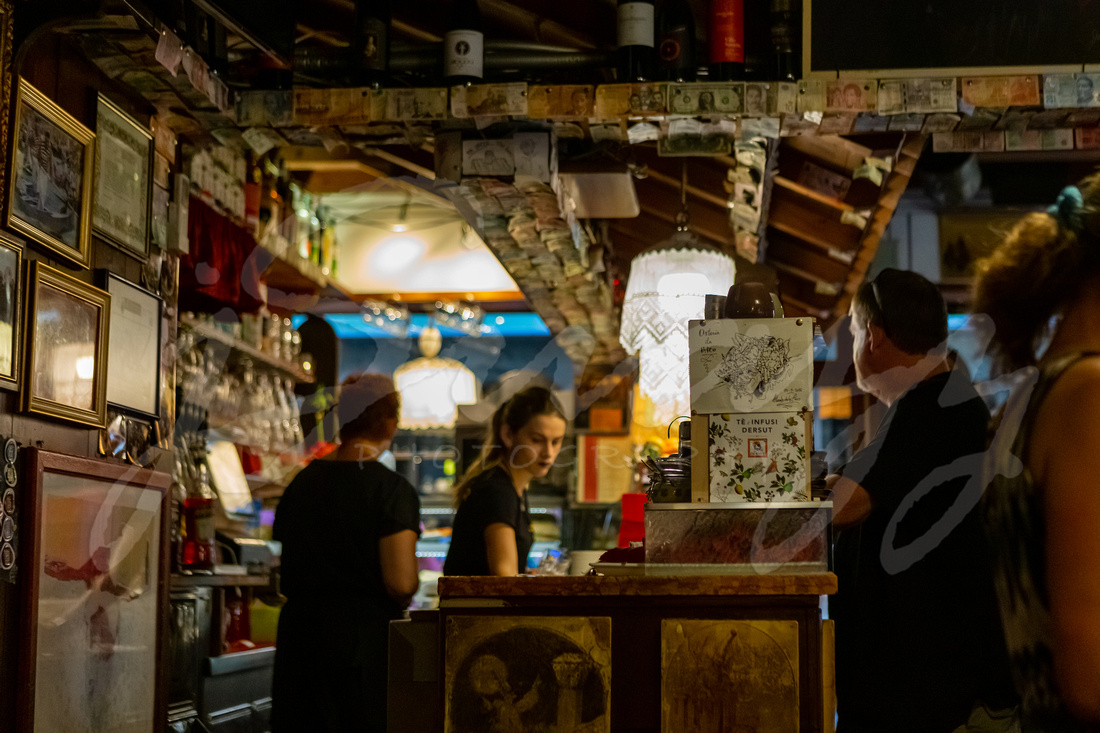 We soon headed back to the flat for a quiet afternoon riposo, my group lazily lounging in their beds and making use of the newly available Wifi. Sitting alone on the small balcony, I watched the throng of other tourists wander the busy Ruga Guiffa and pause to look in shops full of trinkets and postcards. I spied a gelato shop nearby and mentally added it to our itinerary for the evening.

After dinner from a delicious kiosk on the street level of our building and decadent gelato for dessert, we wandered to the south with no particular destination in mind. The streets soon opened up to the south shore of the island where a line of gondolas, moored for the night, heaved and pitched with the waves crashing the shore. There's something intoxicating about the discovery of wondrous places. I could have watched those boats for hours. We headed west down the wide passerella and crossed the Ponte della Pagila. I spied another interesting bridge, and apparently snapped a night view of the Bridge of Sighs. Who knew. 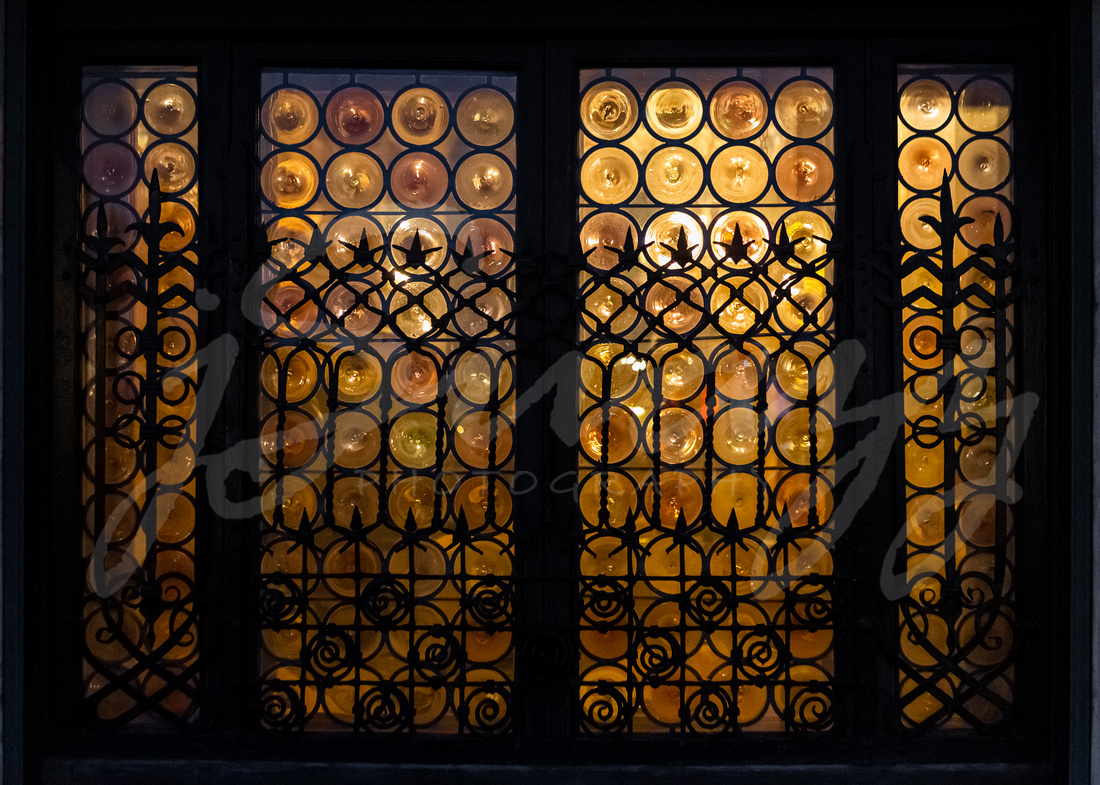 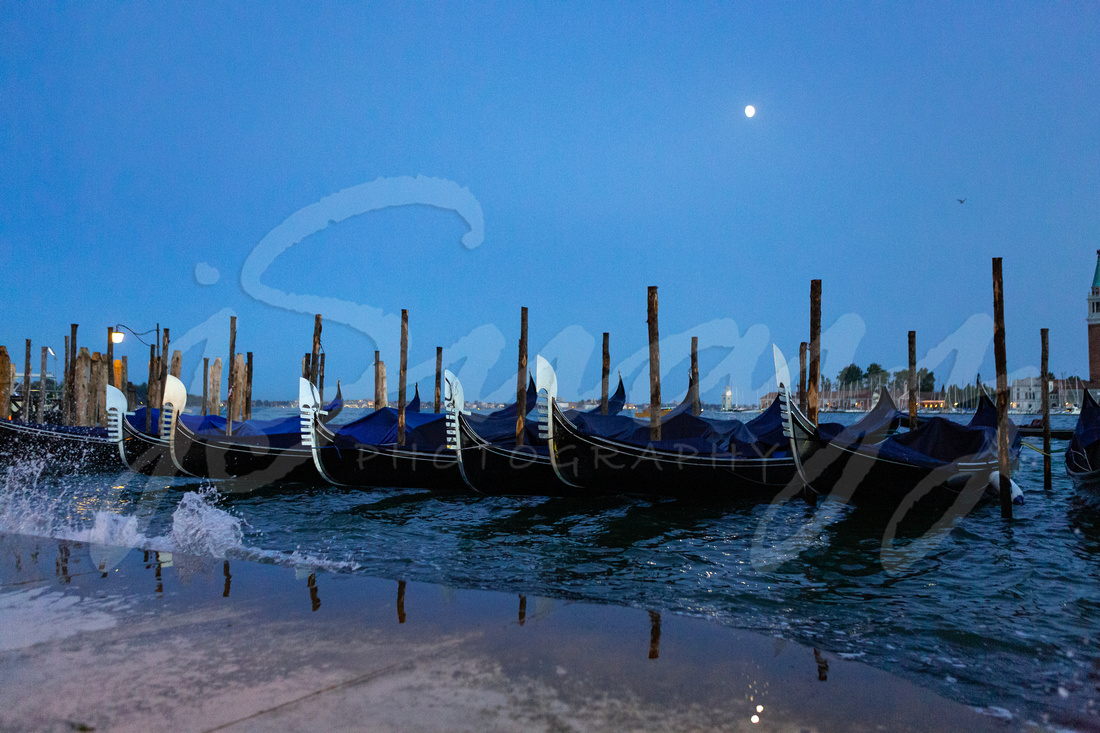 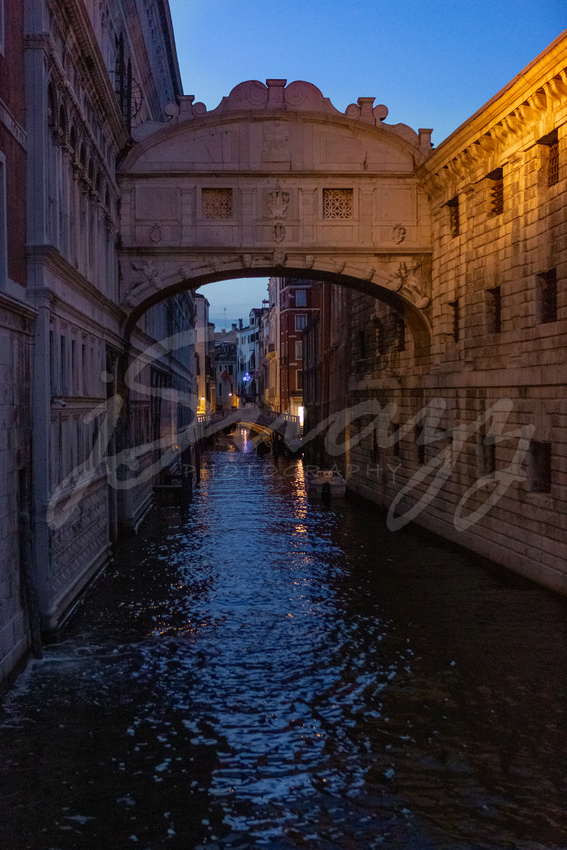 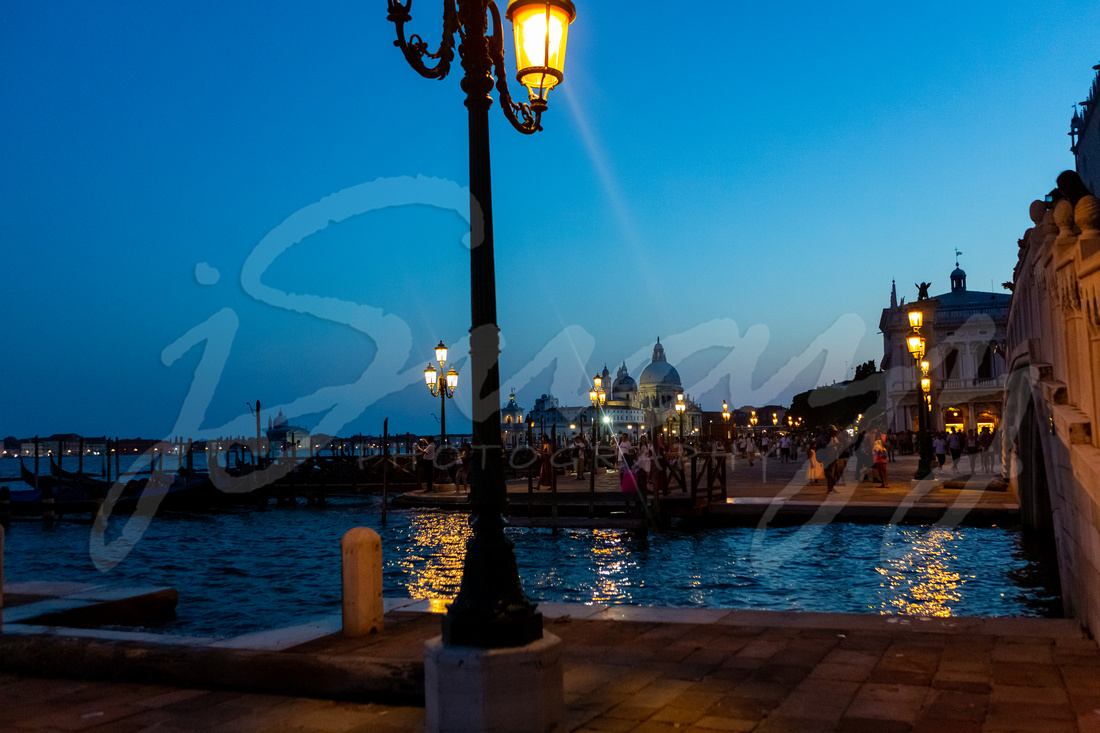 I reluctantly turned away from the glistening water's edge and rounded the corner, prodded by the bricked paved path. We had no idea we were staying so close to the famed Piazza San Marco and St. Mark's Basilica. I was greeted by the famed Lion of Venice, stunningly illuminated by the evening lights and perched above the ornate entrance to the Doge's Palace. As I turned around, I stopped short and caught my breath in amazement at the dazzling panorama before us. 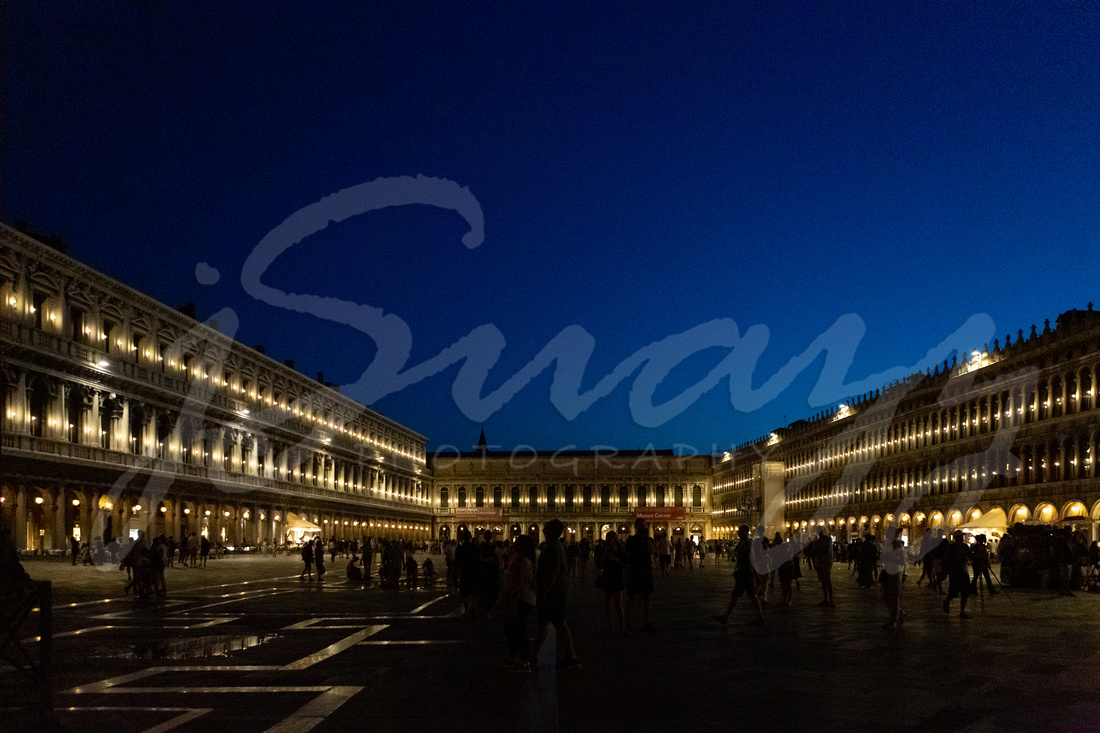 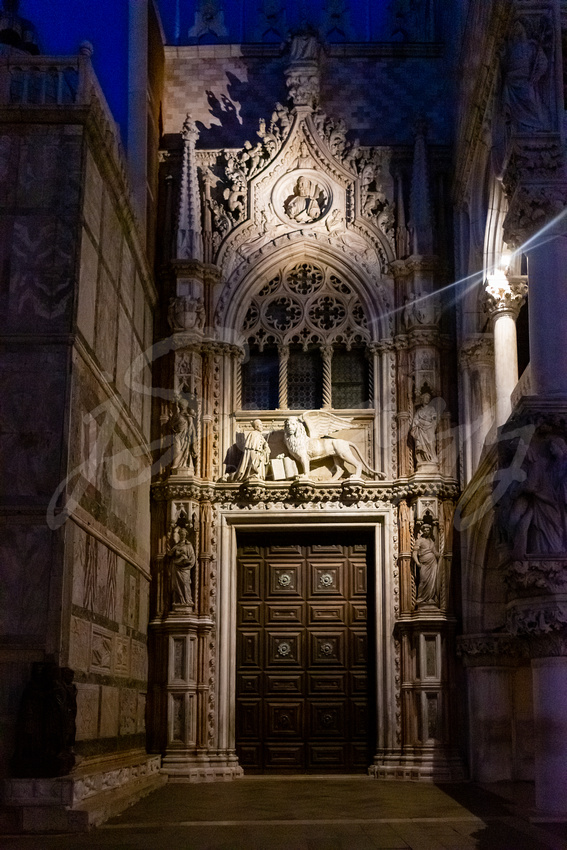 The plaza was full of life, absolutely bursting with a cacophony of sound. I counted no less than five stages with musicians playing completely different genres to the delight of the people seated at tables for two before them. Waiters danced between couples and served with a harmonic grace one would expect in such a magnificent setting. 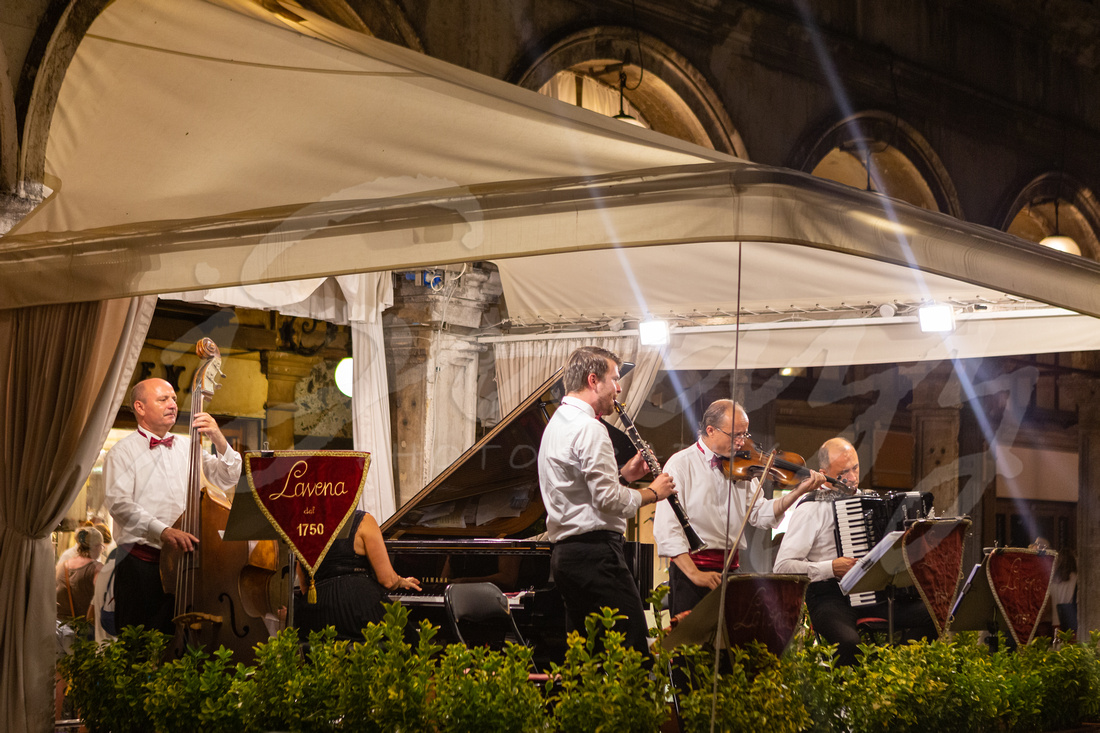 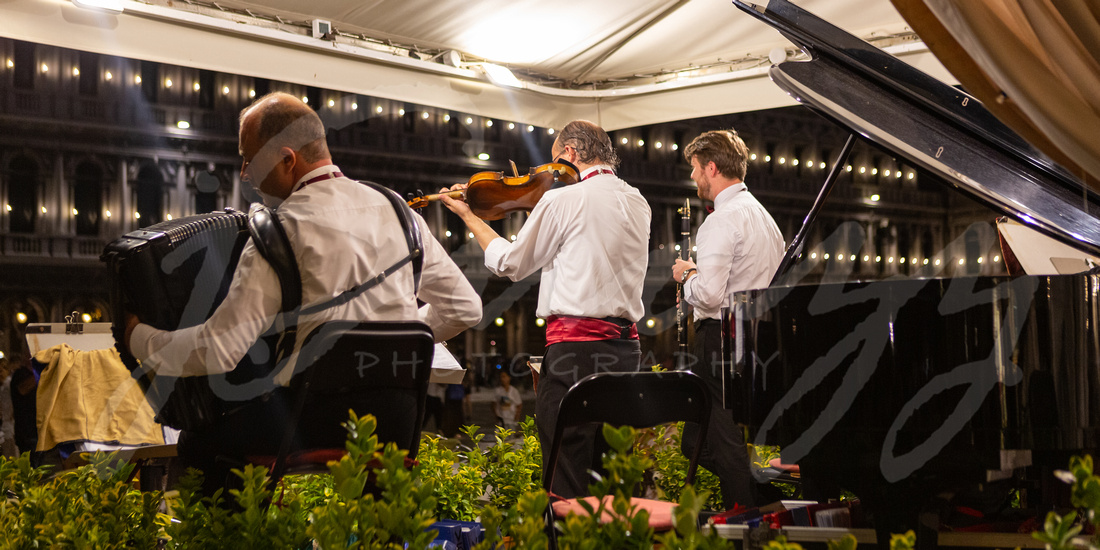 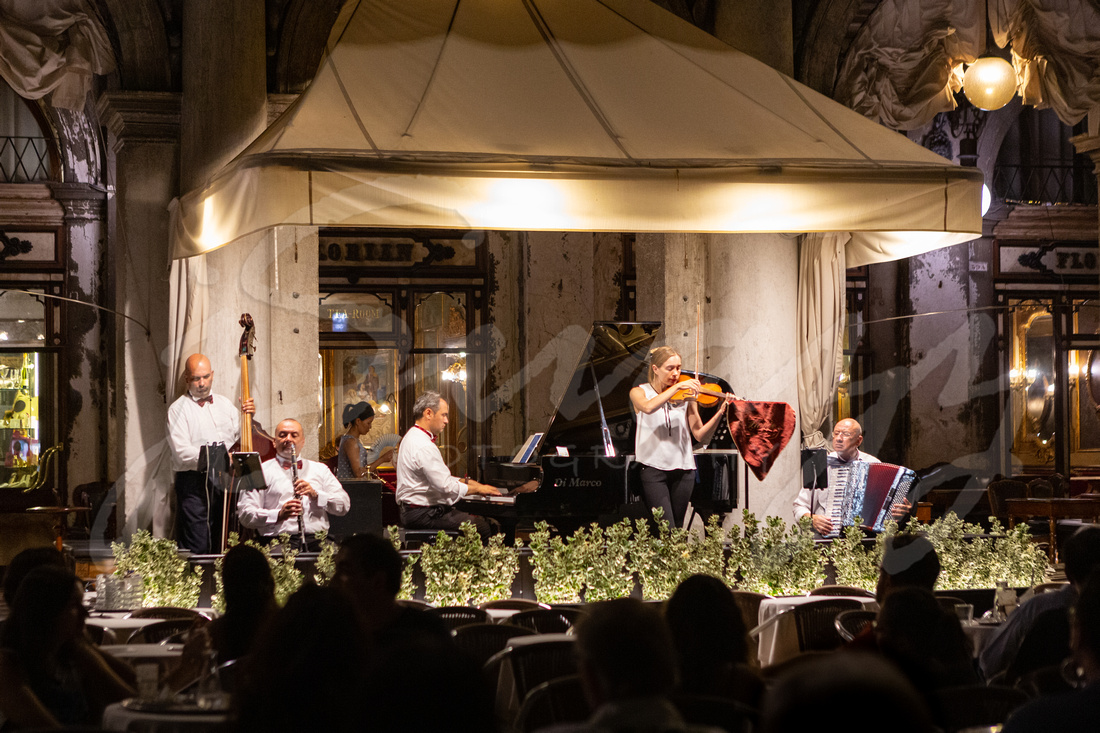 We wandered for what seemed like hours. Numerous boutiques filled with Murano Glass were open for the throngs of tourists enjoying the cooler evening air. I found my favorite pair of earrings on this foray into the Venezian night, and I had to be literally dragged back to the flat.

Alas, all enchanting things must eventually come to an end. On the day of our departure from the island, we were greeted by a bright, bustling morning as we boarded the Vaporetto headed back again for the Santa Lucia train station. The glorious Santa Maria della Salute bid us farewell. Ciao, my beloved Venice. Ciao. 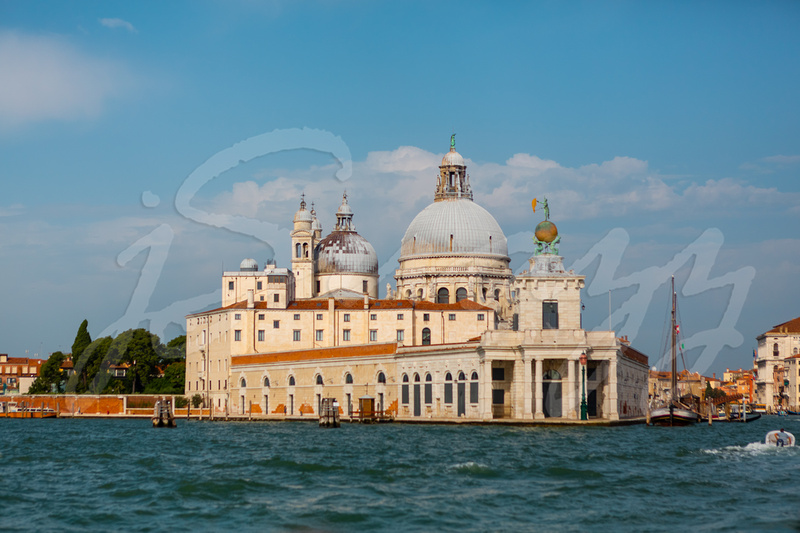 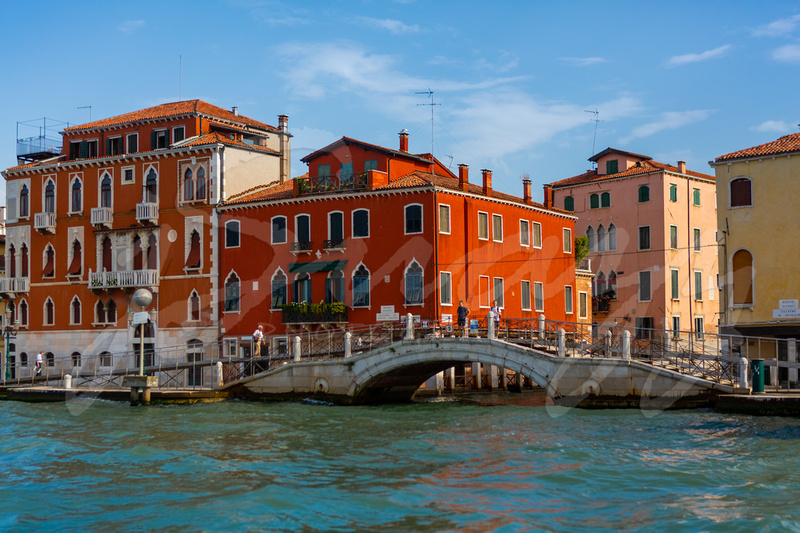 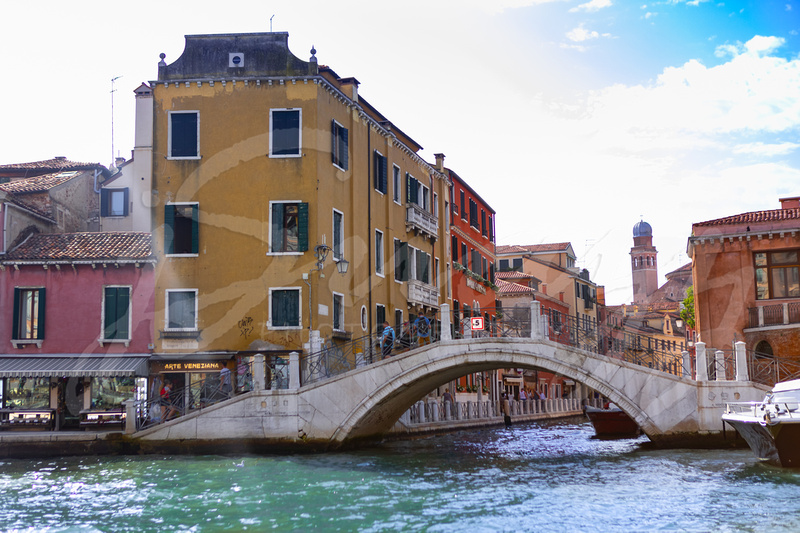 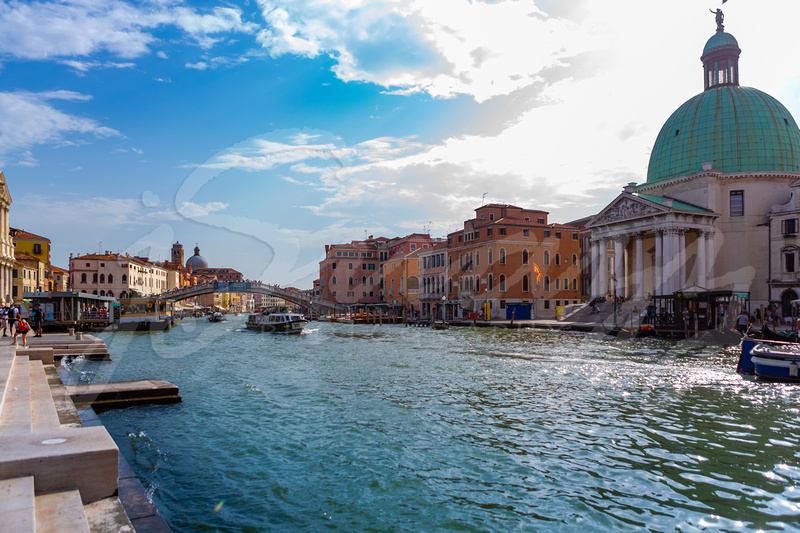 Preserve these fleeting moments in your extraordinary lives.